Understanding the Buzz About Digital Currency 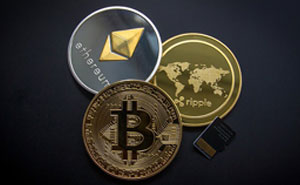 You mean cryptocurrency, right? Wrong. Although the two are closely related and the terms seem to be used interchangeably, there is a concise distinction. There's been a lot of buzz about digital currency like Bitcoin. We're going to answer some questions and set the record straight on “Digital Currency”.

What is digital currency?

Let’s illustrate this way: Suppose a friend said to you, “I’ve got some cash money.” It’s such a simple yet weighty statement. You know that they have something (cash money), but you know no details about what they have. For example, what type of cash do they have? Is it US Dollars, Swiss Francs, or Japanese Yen? If they have US Dollars, do they have a ten-dollar bill, or one penny? All these details are pertinent.

Digital currency is very similar. Possessing digital currency is like your friend saying: “I’ve got some electronic money.” You know they have something (digital money), but you don’t have all the relevant details.

Digital currency can refer to electronic funds transfers (EFTs) which go through a centralized system, whereby currency is exchanged electronically from one account to another without direct intervention of bank staff. Nowadays, transfers take on a more modern approach, utilizing mobile digital wallets such as Apple Pay, Google Wallet, PayPal, or Square. These digital wallets use a contactless payment system, much like a credit or debit card would use, that provides the benefit of security and encryption for the personal information of the consumer, and fraud protection to the merchant for the actual transaction.

Many apps and gaming systems use their own virtual currency. Remember those pesky game invitations you used to get on Facebook for FarmVille, Bejeweled Blitz, or Candy Crush? Well, they all have their own virtual currency that can be used only within their game to purchase extra lives, power-ups, or other online content. As Thomas Carper, a US Senator, said, “Virtual currencies…have captured the imagination of some, struck fear among others, and confused the heck out of the rest of us.”

But the type of digital currency that is most popular today is called cryptocurrency. Cryptocurrency is a digital cash system without a central entity (decentralized). As a result, it is immune to government interference or manipulation and difficult to counterfeit, and new systems can also be created at any time. Cryptography is used for chaining together digital signatures of asset transfers and creating an online ledger of all transactions, known as a “blockchain”. Cryptocurrencies are secured by math, not people or trust. According to CoinMarketCap, there are 1640 cryptocurrencies available as of June 4, 2018. By market capitalization, the largest blockchain network is Bitcoin, followed by Ethereum, Ripple, Bitcoin Cash, EOS, and Litecoin, rounding out the Top 6.

There are a few rules that most cryptocurrencies usually follow: Transactions are irreversible. Your money is not FDIC insured. If funds are sent to the wrong person, there is likely nobody in the world that can get them back for you. Cryptocurrency also provides anonymous ownership; its usually not possible to link an account or transaction back to a real identity. Transactions are confirmed nearly instantly whether sent across the street or across the globe. Security is tight, using a public key cryptography system that is nearly impossible to break. Since you don’t need to apply for an account, run a credit check, get permission, or sign your life and firstborn away, it is very easy to start sending and receiving cryptocurrency.

What are the pros and cons of using digital currencies?

Well for one, it eliminates the need for intermediaries, such as banks or clearing houses, cutting down the process steps and costs related to their infrastructures. This translates to instant availability of funds with no “holding period”, and a lower transaction cost when making payments directly between payors and payees. Many embrace the philosophy of “freedom” when it comes to digital currency and the anonymity it provides.

However, there are drawbacks too. One of the top reasons people don’t get involved is because there are certain inherent risks associated with the currency’s volatility - sometimes the values can fluctuate wildly! And because they are not regulated by a central bank of any kind, there is no interest to be earned. Digital currencies often are not accepted by banks, and their infrastructure is still being developed, resulting in a limited rate of acceptance from real-world merchants. And although security is extremely strong, if someone did hack into your computer and steal your digital currency, it is gone forever.

Where do digital currencies go from here?

If you believe the rumor mill, there may be a regulated digital currency ETF (exchange-traded fund) in the pipeline, and some digital currency companies may explore an IPO to become a publicly traded entity soon. You may even see a central bank issued digital currency coming to a country near you. There is still a bit of uncertainty as far as regulations go, but we can expect that as more and more institutions get involved, so will government regulators. Whatever the case may be, expect to see more news as the buzz around digital currency gets louder. Stay tuned to our future blog posts where we'll see how traders are using digital currency and consider tax repercussions.

Please note: This information is provided only as a general guide and is not to be taken as official IRS instructions. Cogenta Computing, Inc. does not make investment recommendations nor provide financial, tax or legal advice. You are solely responsible for your investment and tax reporting decisions. Please consult your tax advisor or accountant to discuss your specific situation.