Looking Ahead: Filing 2012 Taxes for Traders and Investors 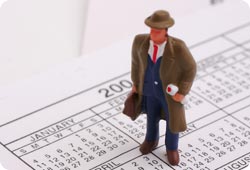 As a new year approaches you may be wondering what’s in store for 2012 tax filing. Here is some early information to help you plan and prepare.

The 2011 tax year filing involved major changes for traders and investors including new 1099-B broker reporting and new Schedule D Form 8949 for tax payer reporting. These changes wreaked major havoc as taxpayers struggled to interpret the new reports and reconcile the major differences in reporting requirements. The good news is 2012 tax filing will not involve such significant changes. The bad news is, the same challenges exist.

Rules for Traders and Investors

The IRS has already issued Publication 550 for 2012 returns. This publication outlines the rules for investment income and expenses, including capital gains and losses. The rules for taxpayer reporting are essentially the same as in 2011.

The IRS has not yet released the 2012 version of Schedule D Form 8949, which is used by most taxpayers for reporting capital gains and losses from investment income. The final 2012 Form 8949 will likely be released by the IRS in mid January 2013. We know little about the layout of the final form, but our sources tell us that the new form may change to a landscape layout for more column space. Any other changes are yet to be seen.

Your 1099-B report from your broker may be different. New boxes/columns have been added to the 1099-B by the IRS for additional information. For example, the IRS is asking brokers to report is the stock ticker symbol (or other symbol) for securities, this should prove helpful in identifying trades on the 1099-B.

In addition, since most brokers provide a substitute statement instead of individual 1099-B forms, the IRS has made some rules to make those statements more consistent and user-friendly. Starting with the 2012 tax year, the 1099-B statement must segregate trades in up to five categories:

In each of the segregated sections, the broker must total sales price and cost basis known for the trades in that section. Many broker 1099-B statements included no such segregation or totaling in 2011 and if you received one you know how useless the report was. Hopefully we will see more consistent 1099-B reporting going forward, which will make it easier to find the numbers you need to enter into TradeLog for reconciliation and adjustment!

For the 2012 tax year, brokers are required to report cost basis for:

When can I file with TradeLog?

No trader or investor can file accurate taxes until the appropriate forms have been released by the IRS. Once those forms are available, the TradeLog development team will implement the needed final adjustments for TradeLog reporting. TradeLog version 12 will be the version used for filing 2012 taxes. Until TradeLog version 12 is released you should not complete your tax reporting!

Probably not. Sadly, many traders and investors still do not understand the reporting changes that took effect in 2011 – and the consequences. Here are two things you must remember:

The 1099-B continues to be a big problem and has increased the tax burden on both tax payers and brokers. As long as the 1099-B reporting requirements stay the same as they are, this problem will not go away. And it will likely take an act of congress (literally) to bring about the needed changes.

For the most part 2012 tax filing should be a little bit easier than last year since the rules are generally the same – although there are still challenges. When TradeLog version 12 is released you will be able to generate final tax reporting using the 2012 IRS forms. If you don’t understand the differences between 1099-B and Form 8949 then stay tuned to the TradeLog Blog for continuing education on the tax challenges that affect you.

Please note: This information is provided only as a general guide and is not to be taken as official IRS instructions. Cogenta Computing, Inc. does not make investment recommendations nor provide financial, tax or legal advice. You are solely responsible for your investment and tax reporting decisions. Please consult your tax advisor or accountant to discuss your specific situation.